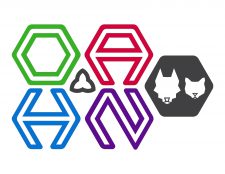 What is the OAHN Public Health Update? 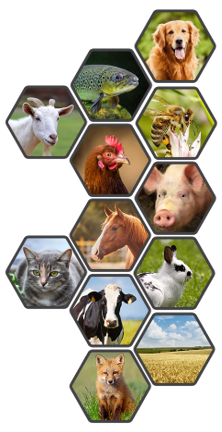 The Ontario Animal Health Network (OAHN) was created to achieve coordinated preparedness, early detection, and response to animal disease in Ontario.  OAHN is a “network of networks” with individual networks for different species/sectors, each of which involves collaboration among veterinarians, animal owners and stakeholders in the field with laboratory, academic and government experts. To help strengthen the link and communication between animal health and public health networks, this annual update was created especially for public health professionals in Ontario, to highlight pertinent topics from the last 12 months from the OAHN companion animal and other species networks.

In June 2020, OAHN funded a research project led by University of Guelph researchers to learn more about the risk of SARS-CoV-2 transmission to dogs and cats living in households with people who had COVID-19. The study found antibodies to the virus in 67% (32/48) of cats and 43% (23/54) of dogs sampled, indicating these pets had been infected (but not necessarily that they’d been infectious). Cats were more likely to have antibodies to the virus if they slept in their owner’s bed, or were kissed by or allowed to lick their owner. Although some animals showed mild clinical signs that could have been due to infection with SARS-CoV-2, all of them recovered uneventfully.  More information on this and related studies will soon be available on oahn.ca. Generally SARS-CoV-2 testing is still not recommended in animals except under very specific circumstance, as per the position statement of the Council of Chief Veterinary Officers.  For answers to frequently asked questions about COVID-19 and animals, check out How to care for pets and other animals from PHO, and the Animals and COVID-19 page on Canada.ca.

Brucella canis continues to be diagnosed in canine breeding kennels in southern Ontario.  It is buyer beware when it comes to new puppies, particularly with the recent surge in new pet adoptions. If you don’t know that a puppy’s parents were Brucella-free, test it. The report of the 2019 study of B. canis in commercial dog breeding kennels in southwestern Ontario, funded in part by OAHN, in now published online (Weese et al. EID 2020). The OAHN Brucella canis veterinary factsheet is also available.

Salmonellosis in a cattery feeding a raw diet (Q1 2021)

An outbreak of salmonellosis was reported among adult cats and kittens in a cattery feeding a raw diet.  This serves as an important reminder of the risks to both people and animals of feeding pets raw diets. Check out OAHN’s 4-part podcast series on raw diets for more information.

As of August 2020, test results from both IDEXX Laboratories and ANTECH Diagnostics for select companion animal pathogens can be viewed by FSA (first 3 digits of postal code) on the Companion Animal Parasite Council website, including tick-borne diseases, intestinal parasites and heartworm. Graphs of the Ontario data by month are also posted on the OAHN companion animal network homepage under Laboratory Data to help visualize seasonal and annual trends.

While some areas of Ontario are higher risk for blacklegged ticks and Lyme disease, there is no area that is no-risk.  OAHN has received reports of clinical Lyme disease in dogs with no history of travel as far North as North Bay. In 2019, the prevalence of B. burgdorferi in ticks collected in Ontario ranged from 0% (Hamilton) to 39% (Ottawa-Gatineau). Everyone must remain vigilant. Click here to check out the regional Ontario infographics based on the recent Canadian Pet Tick Survey.

In May, the Canadian Food Inspection Agency (CFIA) announced significant changes to importation rules for commercial dogs under 8 months of age, which includes dogs for breeding, resale and adoption.  The changes were implemented following review of the Ukrainian Airlines incident in June 2020 which resulted in the deaths of at least 38 dogs. The CFIA has provided a factsheet outlining all of the import rule changes, including:

The new rules only apply to commercial dogs under 8 months of age, but this is a very large and important group that includes puppies being imported for adoption (particularly in large groups).  Hopefully they are the first step towards additional changes that will help protect the health and welfare of imported pets, as well as the health of Canadian dogs and the public.

In June, the US Centers for Disease Control and Prevention (CDC) announced a 12-month suspension of the importation of dogs from (or that visited in the last 6 months) any country classified by the CDC as high risk for canine rabies (effective July 14, 2021). There is concern that this ban could result in more of these dogs being imported into Canada instead Also in June, a rescue dog from Azerbaijan was euthanized 3 days after importation into the US and confirmed to have been rabid.  The dog potentially exposed 36 people and 33 other animals. Rabies post-exposure prophylaxis was recommended for 15 people.  Rabies titre testing of six other animals that arrived in the same group as the rabid dog was suggestive that the animals had not been effectively immunized against rabies prior to importation. At least 4 rabid dogs have been imported into the US since 2015. In July, a case of canine-variant rabies was confirmed in a rescue dog imported into Ontario from Iran 12 days earlier. Everyone who had contact with the dog in Ontario was contacted and rabies post-exposure prophylaxis (PEP) was provided promptly to those at risk of exposure to the virus. No domestic animals or wildlife had high-risk contact with the rabid dog. This case is an important reminder that vaccination does not preclude the possibility of rabies in domestic animals, particularly those from foreign countries where there is a high risk of rabies exposure, and potential issues with vaccine quality, administration or falsification of vaccination certificates.

Many of the pathogens that cause abortions in sheep and goats are also zoonotic, including Coxiella burnetii, Chlamydia abortus, Toxoplasma gondii, Campylobacter spp., Listeria monocytogenes and Salmonella spp.  Cases may occur sporadically, seasonally, or as “abortion storms,” which are not only frustrating from an economical, animal health & welfare, and mental health standpoint, but they are also a potential human health hazard. Those working with sheep and goats may be at greater risk of exposure to these pathogens via contact with contaminated materials, ingestion or inhalation from the environment.  The OAHN Small Ruminant team has developed resources about abortions in sheep and goats for farmers, veterinarians and others to help raise awareness of these risks and ways to mitigate them.

Although disease in horses caused by Borrelia burgdorferi (the agent of Lyme disease) is poorly defined, horses in Ontario are commonly exposed to this tick-borne pathogen. An OAHN Equine research project conducted in 2016-2017 on 551 horses in Ontario was recently published (Neely et al. EVJ 2021).  It showed a spatial cluster of cases in Eastern Ontario and a positive association with oak trees on pasture, but the odds of detecting antibodies to B. burgdorferi were significantly lower when owners performed regular tick checks on their horses. An unusual case of infection in a horse by Halicephalobus gingivalis was also reported in late 2020.  This parasite can infect horses, humans and occasionally cattle. It’s likely the parasite enters the body through open wounds in the mouth or nose, and then typically spreads to the brain and kidneys. Most cases of infection in livestock are fatal. While infection in a horse is not directly transmissible to humans, it can indicate a contaminated environment. Human infections are rare and usually involve immunocompromised individuals, but can be similarly severe.

The OAHN Bovine team continues to monitor cases of Salmonella Dublin, which is an emerging disease in all cattle sectors across Canada. As well as causing sickness and death in calves, S. Dublin is transmissible to people, and the strains currently circulating are broadly antibiotic-resistant. From 2012-2020, it is estimated that 64 unique premises in Ontario have had S. Dublin detected, of which 31 are veal, 32 are dairy and 1 is a beef operation.  The increasing number of cases lead Veal Farmers of Ontario (VFO) to produce fact sheets, case studies and a podcast about this pathogen, covering everything from the risks to human health, the risks to animal health, and what producers can do to prevent outbreaks, or manage the disease when it is detected. These great resources are freely available on CalfCare.ca, and will also be featured in the next OAHN Bovine report.

Rabies response and control in Ontario is a joint effort involving the public, animal owners, veterinarians, animal and wildlife control organizations, public health units, the Ontario Ministry of Agriculture, Food and Rural Affairs (OMAFRA) and the Ministry of Northern Development, Mines, Natural Resources and Forestry (MNDMNRF). Click here for the latest Ontario rabies surveillance map. Annual maps of rabies cases in Ontario (including terrestrial rabies and bat rabies cases) are available at ontario.ca/page/rabies-cases. The OMAFRA rabies website has additional detailed information for veterinarians about rabies response in Ontario. Remember that ANY direct contact between a pet and a live bat is considered a potential rabies exposure, and ALL* dogs and cats – even if currently vaccinated – require a rabies booster within 7 days of an exposure unless the bat can be tested (and is negative) within this window.

To date, all raccoon-variant rabies cases in 2021 have been detected in the Niagara region. The MNDMNRF distributes oral rabies vaccine (ORV) baits to help limit further spread of rabies in raccoons, skunks and foxes (there is currently no effective means of controlling rabies in bats). Over 7 million ORV baits have been distributed since December 2015, and the MNDMNRF has performed over 21 800 dRIT screening tests as part of their surveillance efforts.

REMEMBER: Owners who have a concern about potential exposure of one of their animals to rabies should always be referred to their local veterinarian FIRST.  Veterinarians seeking assistance with a rabies risk assessment or animal testing should contact OMAFRA using the *NEW* online rabies response request form (omafra.gov.on.ca/rabiesrequest), or at 1-877-424-1300.

OAHN has created several resource pages on key topics to help Ontario veterinarians (and others) quickly and easily find key information and references on important topics, including

Other networks have created resources on many other disease-specific topics (including influenza in swine and poultry), animal welfare issues and even producer mental health.  Check out all the OAHN podcasts at oahn.podbean.com, and infographics on the individual network pages at oahn.ca.

Ontario veterinarians can now report unusual companion animal infectious disease cases to OAHN any time using the new online disease reporting portal on the OAHN companion animal homepage. Submissions will be reviewed by members of the network team to detect any notable disease patterns and occurrences that should be communicated to Ontario veterinarians. Please note that listed notifiable or reportable diseases must still be reported to the appropriate provincial or federal animal health or public health authorities.