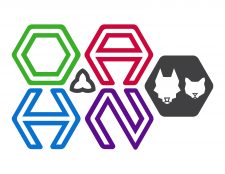 Prevalence of selected pathogens in dogs recently imported from Asia

In Canada, the large number of imported dogs and limited import regulations in place controlling their health status means these dogs risk carrying in uncommon or foreign pathogens. In 2019, OAHN in conjunction with the Ontario Veterinary College, launched a pilot project to identify pathogens carried by dogs imported from Asia. Dogs imported from Asia had nasal swabs taken within 48 hours of their arrival as well as a serum sample and fecal sample within two weeks of their arrival to Ontario, Canada. In total, 94 dogs imported from Asia were enrolled between March 2019 – March 2022. Majority of the dogs were from South Korea (67%) and China (30.85%), with one dog from Azerbaijan and India, each. Dogs were brought into Ontario, Canada through 4 humane societies and 5 rescues. The prevalence estimates have yet to account for clustering and a few additional samples are currently being tested. Every dog did not receive all tests due to timeline constraints and sampling coordination.

Extended spectrum beta-lactamase (ESBL) producing Enterobacterales (multidrug resistant Gram negative bacteria) were the most prevalent pathogens among the dogs imported from Asia (37.5%, n=24). All dogs shedding ESBL-producing bacteria were from South Korea. The next commonly diagnosed pathogen was Dirofilaria immitis (16.7%), commonly known as canine heartworm. Given the lengthy pre-patent period of this parasite, it is possible other dogs may have been too early in the disease course to test positive at their time of arrival, so this number represents a minimum infection rate. Canine parainfluenza had a prevalence of 9.2% but half of these cases were likely false positives (cross reaction with intranasal vaccination that was given at the time of arrival). The other half were likely true positives given the dogs were showing clinical signs and had no history of previous intranasal vaccination. All positive canine adenovirus 2 PCR results were thought to be false positives, again with cross-reaction to previous intranasal vaccination. Canine herpes virus had a prevalence of 4.6% and these dogs were showing upper respiratory signs at the time of sampling. Brucella canis had a prevalence of 3.0%, with cases clustered from a large importation of dogs by one importer. (Further cases in Canada and the United States from this shipment were identified but not included in this study.)

Data from this pilot study have shown that dogs imported from Asia can carry a variety of infectious pathogens which can pose risks to the imported dogs or the potential for transmission to resident dogs and, in some situations, humans. Overall, just under a third of dogs (27.7%) tested were carrying at least one infectious pathogen. Given the non-random sampling design, the goal was less to provide a fine estimate of prevalence but to identify relative risks and areas for further study, education and intervention. Identifying key risk factors of this practice could make canine importation a safer practice for everyone involved.

To see a PDF of the poster below from CPHAZ One Health Poster day (Nov 2021), click here. 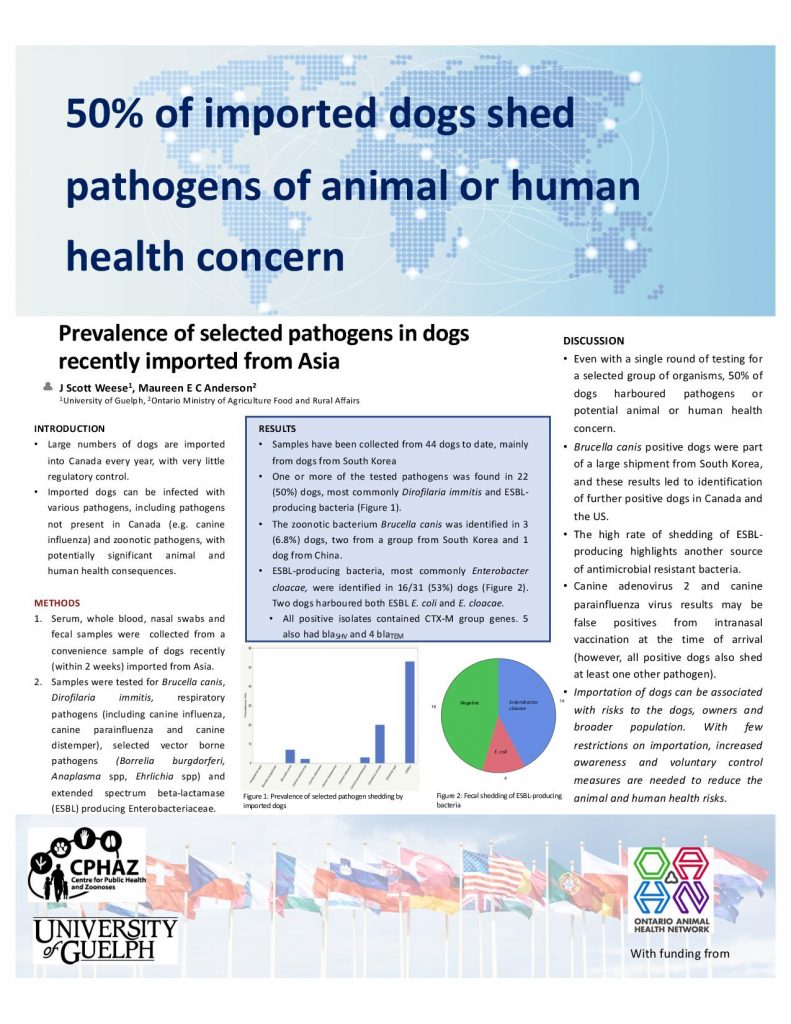