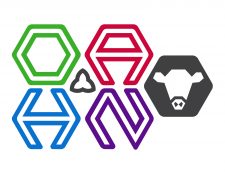 The project was divided into 2 parts:

Results were that 46 vets from 34 practices participated, and conducted or solicited postmortems on 108 calves.  Postmortems were done on-farm (36) or referred to AH labs in Guelph or

Kemptville (72).  Two calves from 2 different operations were found to have S. Dublin.

Of 154 bulk tank milk samples (1 per herd), 1 was found positive. Subsequently 2 positive cows were identified as positive on cow serology.

Practitioner interest in this pm project was obvious.  Although it takes a while to roll projects like these out, they need to run for at least 3-5 years to fully capture practitioner involvement.   There were several good anecdotal responses indicating that practitioners found the outcomes very useful for making recommendations that led to targeted management changes on clients’ farms.