Dr. Tim Pasma reported that there were 18 new sites detecting PEDV in Q1 that includes 4 sow herds, 11 grow-finish herds and 3 finisher. The first case in Q1 was reported on Jan. 18, 2020 and signaled the beginning of this outbreak. Some connections have been made to an assembly yard point of contact, transport and to shared staffing resources. There were no new Porcine Deltacoronavirus (PDCoV) sites reported in Q1. Since the end of Q1 new site detections with PED have continued and are reflected in the map below. 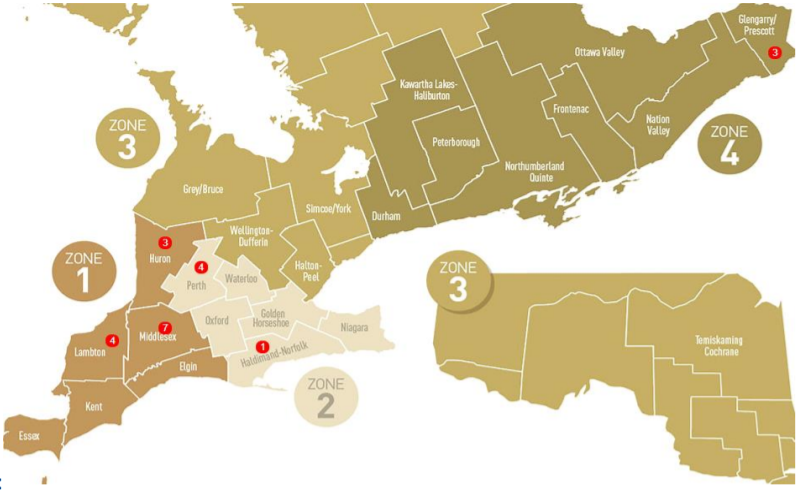 As of March 31, 2020 OMAFRA will no longer be following up on PEDV or PDCoV traceback investigations for sites located in Ontario. Both pathogens will remain on the immediately notifiable disease list, so veterinarians are still obligated to report new sites to OMAFRA. Swine Health Ontario (SHO) and Ontario Pork (OP) have worked with OMAFRA to develop a transition
strategy that should be communicated in the next few weeks.

Dr. Ryan Tenbergen provided an update on the findings of the OAHN SVA Project:

Lessons learnt: It is never too early to start planning for a virus detected somewhere else in the world!

How can producers engage in OAHN?

What to do if you see feral pigs in Ontario…