At AHL, in the past few years we have had cases of hepatitis in turkeys that we have diagnosed as Turkey Viral Hepatitis (TVH) based on the histologic lesions being compatible with this disease.  TVH is caused by a picornavirus that causes hepatitis with or without pancreatitis. It will present as a subclinical infection that can become apparent with concurrent environmental stress or infection. As a result, clinical signs can be variable including depression or sudden death in apparently healthy birds. Morbidity can be 100% and mortality can be 10-25%. Gross lesions include hepatomegaly, necrotic foci in the liver, and congestion while the pancreas can have large circular grey-pink areas of degeneration. The key lesion on histology is formation of syncytia in areas of hepatocyte necrosis as well as pancreatic necrosis.

However, another cause of similar liver lesions was highlighted in the Q2 2020 OAHN Poultry network call and recently 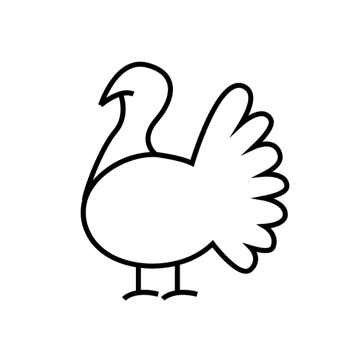 presented during the AAAP 2020 virtual conference. Multiple turkey flocks in the US have been diagnosed with viral hepatitis due to reovirus. These cases were initially thought to be TVH until the causative organism could not be identified and further testing revealed the presence of reovirus. In these cases, poults were 1-4 weeks of age, showed neurologic signs, died suddenly, morbidity and mortality were variable, and mortality lasted up to 2 weeks. Some tom flocks went on to develop Turkey Viral Arthritis (9-15 weeks of age) and had an increased incidence of heart attacks (aortic and/or coronary artery rupture). Vertical and horizontal transmission was identified based on tracing of affected flocks. Genetic sequencing from these cases revealed different TARV (turkey arthritis reovirus) isolates causing very similar symptoms.

At AHL, when we have received suspect cases, we have not received fresh liver tissue to run reovirus PCR so that we can follow up on our histologic diagnosis. Therefore, we are asking poultry veterinarians when they observe cases of hepatitis in young turkeys to please collect liver samples without fecal contamination and submit with the case. This tissue can be held pending histologic evaluation. If histopathology is suggestive of a viral hepatitis then reovirus PCR and sequencing can be pursued.

There is an increased risk of avian influenza infection to poultry flocks during fall wild bird migrations.  Please review the key biosecurity measures to reducing the risk of infection in your flock as outlined at http://www.omafra.gov.on.ca/english/food/inspection/ahw/influenzacommercial.html.

Early systemic bacterial infections (<14 days) were stable to decreased this quarter as reported by practitioners. Escherichia coli continues to be commonly identified from these cases, with two cases of  E. coli with Pseudomonas aeruginosa and one case of E. coli with Enterococcus cecorum reported by the AHL. One practitioner reported Clostridium perfringens as a cause. Early clostridial septicemia (Clostridium perfringens) seems to be quite common in RWA, conventional broilers and broiler breeders. It usually presents with a mixed infection (E.coli, E. cecorum) and is confirmed with bacteriology swabs.

Treatment with penicillin has yielded a good outcome. The AHL has seen the number of submissions and diagnoses of early systemic bacterial Infections increase over the last few quarters.

Late systemic bacterial infections (>14 days) were stable to decreased this quarter with E. coli and E.coli with Enterococcus cecorum as the main causes.

Other causes of early mortality were stable with dehydration reported by one practitioner. Mycotic pneumonia was reported in two submissions of 5 and 9 day-old chicks by the AHL.

Escherichia coli, Enterococcus cecorum and Staphylococcus aureus continue to be identified as causes of bacterial lameness this quarter with most practitioners reporting stable to increased prevalence.

The number of cases of nutritional and developmental lameness was stable to increased this quarter with tibial dyschondroplasia (TD) and rickets being noted. The increase in TD diagnosis may be due to more bone samples being submitted to AHL for histologic evaluation in lameness cases.

Both coccidiosis and necrotic enteritis cases were reported as stable to increased by practising veterinarians. The hot weather may have contributed to some of the increase noted as the heat causes a reduction in feed consumption and, therefore, a reduced intake of anti-coccidials in the feed. The humidity can also favour coccidia development in the litter.  The AHL also reported increased coccidiosis cases identifying mainly small intestinal cases with a smaller number of mixed small intestinal and cecal coccidial burdens, and fewer submissions with only cecal coccidiosis.

Inclusion body hepatitis (IBH) cases were reported to be stable to increased this quarter by the practitioners. The numbers submitted to the lab have been stable.  Genotyping on confirmed cases identified FAdV11 and various FAdV08b strains.

The number of flocks with infectious bronchitis virus (IBV)were reported as stable to increased this quarter by the poultry practitioners and as increased by the lab. DMV strain was identified in 2 flocks.

Submissions to the AHL of suspected runting and stunting   syndrome caused by astrovirus were increased this quarter. Many submissions were suspect cases but the compatible lesions were not identified. 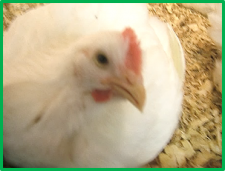 Similar ventricular and proventricular submissions were   received by AHL this quarter but fewer cases of proventricular dilation syndrome were seen on farm by practising veterinarians. This may have been a result of fewer birds in the barns from reduced allotments due to the impact of COVID-19.

The number of reports for fowl cholera was stable to decreased this quarter. There were some positive isolations due to a vaccine strain when, due to a shortage of the more common vaccine, a “hotter” vaccine strain had to be used. The vaccine shortage is now over and usage of the mild strain has resumed. No more vaccine positives have been reported.

Early systemic bacterial infections (<14 days) with and without associated yolk sacculitis were stable this quarter. Escherichia coli continues to be the most commonly identified bacterial pathogen with a few cases of E.coli isolated with other pathogens including  E. cecorum, P. aeruginosa, and C. perfringens.

Nutritional deficiency was suspected in a flock with high numbers of culled chicks. The AHL also reported some flocks experiencing high chick culls but an infectious etiology has not been identified.

Three cases of white chick syndrome were diagnosed by AHL.

The biggest challenge this quarter was the excessive heat but fortunately it did not cause any significant mortalities and, in general, the laying hens have come through the summer very well.

All conditions were reported as stable to decreased.

Bacterial peritonitis/salpingitis due to E. coli was stable to decreased. 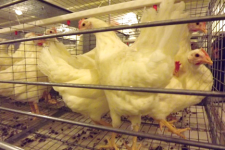 Early mortality due to yolk sacculitis in two cases and one case of arthritis, cellulitis and fibrinous pericarditis was reported by the AHL.

There was one suspect case of IBV with a history of a drop in egg production and loose droppings (histologic lesion of interstitial nephritis) and bronchitis was identified in another case, also diagnosed on histology.

One case of coccidiosis and one confirmed and one suspect case of necrotic enteritis were noted by the AHL. There is a consistent but low level of necrotic enteritis in the industry, partly due to the conversion from cages to more extensive housing as floor barns, aviaries and furnished cages all have more challenges.

Organic layers are noted to have more disease issues but these are within expected ranges. Treatment options are limited.

Early systemic bacterial infection <14d were stable to decreased. AHL   identified one case of E. coli and one case of S. Typhimurium having cecal cores. 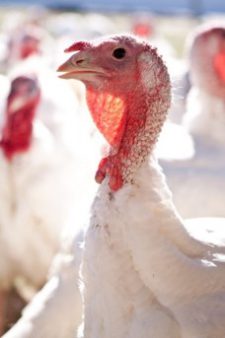 Other causes of early mortality < 14d were stable to increased this   quarter. One practitioner had two cases of  impacted gizzards due to straw. The AHL had one case of turkey viral hepatitis diagnosed by   histological examination.

Late systemic bacterial infection >14d were stable to increased. E.coli   and E.coli with Salmonella Litchfield were identified at AHL.

Necrotic enteritis and coccidiosis were reported as stable to increased by practitioners. The AHL also reported an increase in coccidiosis this quarter noting three cases with small intestinal coccidia and one with cecal coccidia. Roundworms were also noted in another case.

Two cases of botulism occurred in market age toms. As a reminder, AHL is no longer performing botulism testing and it has been transferred to an external laboratory (NVSL USDA). Three to five mL of serum is the preferred sample. Test code is xmits and cost is $196.50 CAD per sample (plus $75.00 shipping and handling charges per submission). Turnaround time is 15-30 days (including transportation).

In the last couple of months some practitioners have noticed a considerable decrease in leg issues due to reovirus in turkeys.  For many flocks, this occurred simultaneously with a decrease in flock problems with aortic ruptures. The reason for this is unclear at this time but may be due to flocks originating from vaccinated parent flocks. Two flocks were reported with a higher incidence of ruptured tendons with no evidence of viral or bacterial inflammation or previous infection.

Two cases of mycotic pneumonia were reported by AHL.

A number of flocks continue to have external and internal parasitism diagnosed including lice, coccidiosis, Ascaridia, and Capillaria. Intestinal parasitism predisposes these birds to development of necrotic enteritis.

Marek’s disease continues to be a common diagnosis with a number of older birds having other tumours (e.g. adenocarcinoma, leiomyoma).

The AHL has diagnosed pneumonia due to Avibacterium paragallinarum (infectious coryza) and has emphasized to the referring veterinarian the importance of having no contact with commercial flocks.

ILT was diagnosed by AHL in a few flocks mid-quarter. Four were pathology diagnoses and 2 laboratory diagnoses only. All viral samples were genotyped and 2 were a vaccine-like strain and 3 were Niagara or Niagara–like strain. Two cases of histomoniasis were reported in backyard turkeys and AHL

continues to send the message that turkeys cannot be housed with chickens or on any ground that has previously housed chickens.

There are also a variety of other diagnoses related to reproductive disease in layers (e.g. salpingitis, oophoritis (E. coli, G. anatis), egg bound).