The bovine network heard from several practitioners experiencing respiratory disease outbreaks in lactating dairy herds this quarter. To explore the issue further, the network opened a clinical impressions survey to collect more information on the issue. Nineteen veterinarians that completed the survey reported treating at least one outbreak of respiratory disease in mature cows this winter. Respondents were from across counties in Southern, Eastern, and Northern Ontario. 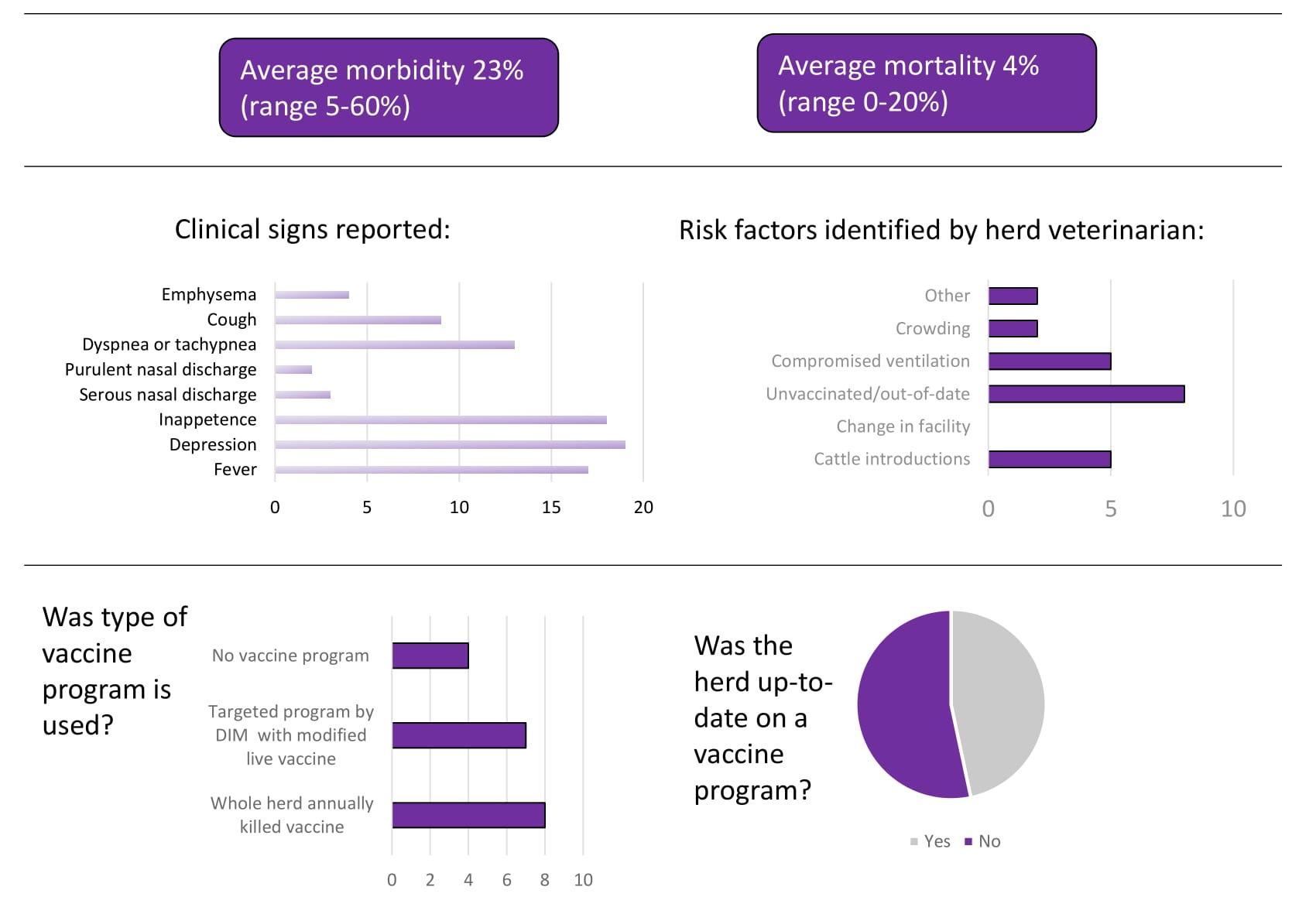 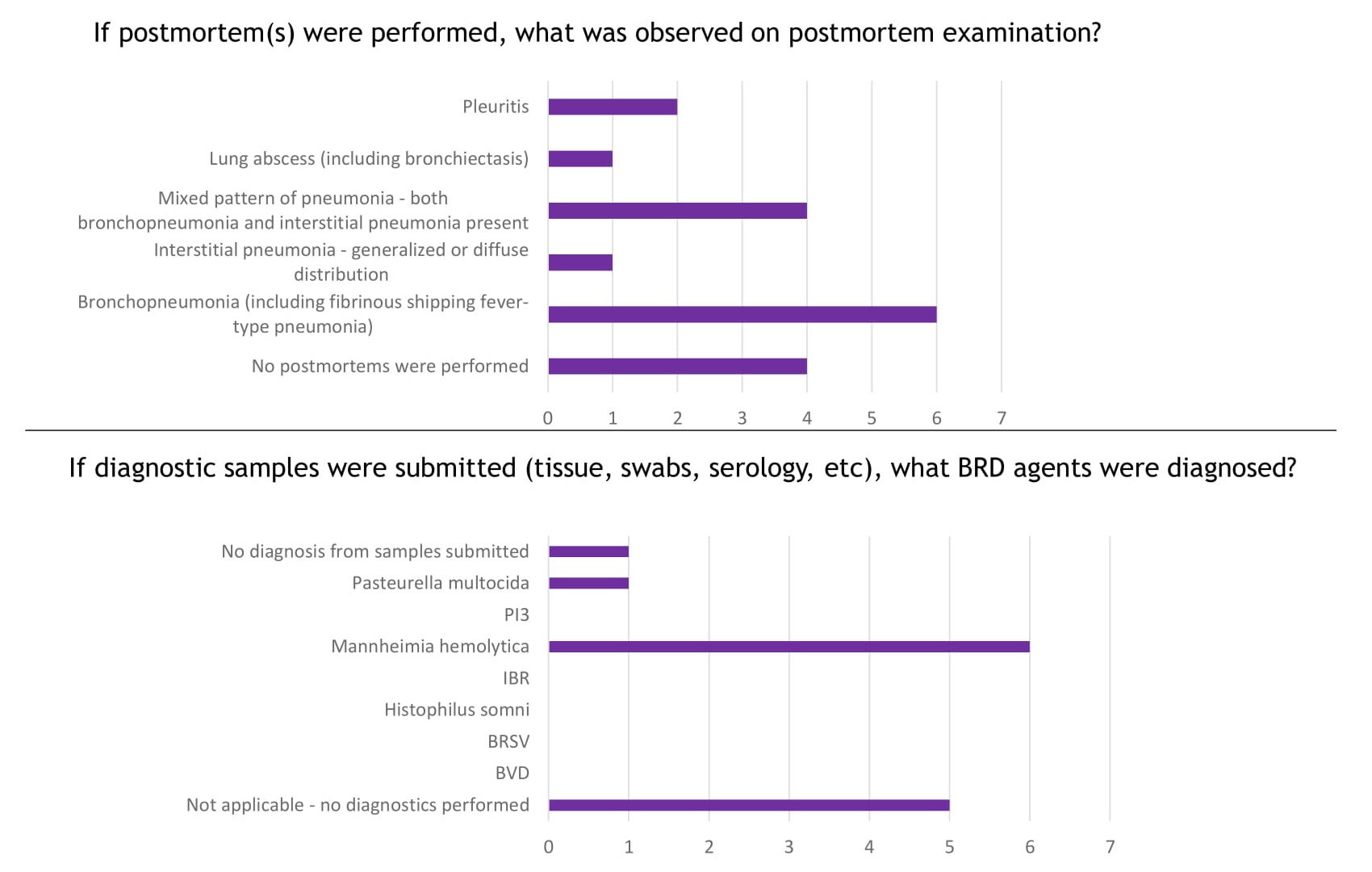 Barriers and difficulties identified by veterinarians:

Pathology Submissions – Between November 1, 2019 to January 31, 2020, there were 210 bovine pathology submissions to the Animal Health Laboratory. The following data highlights submissions in Q4. 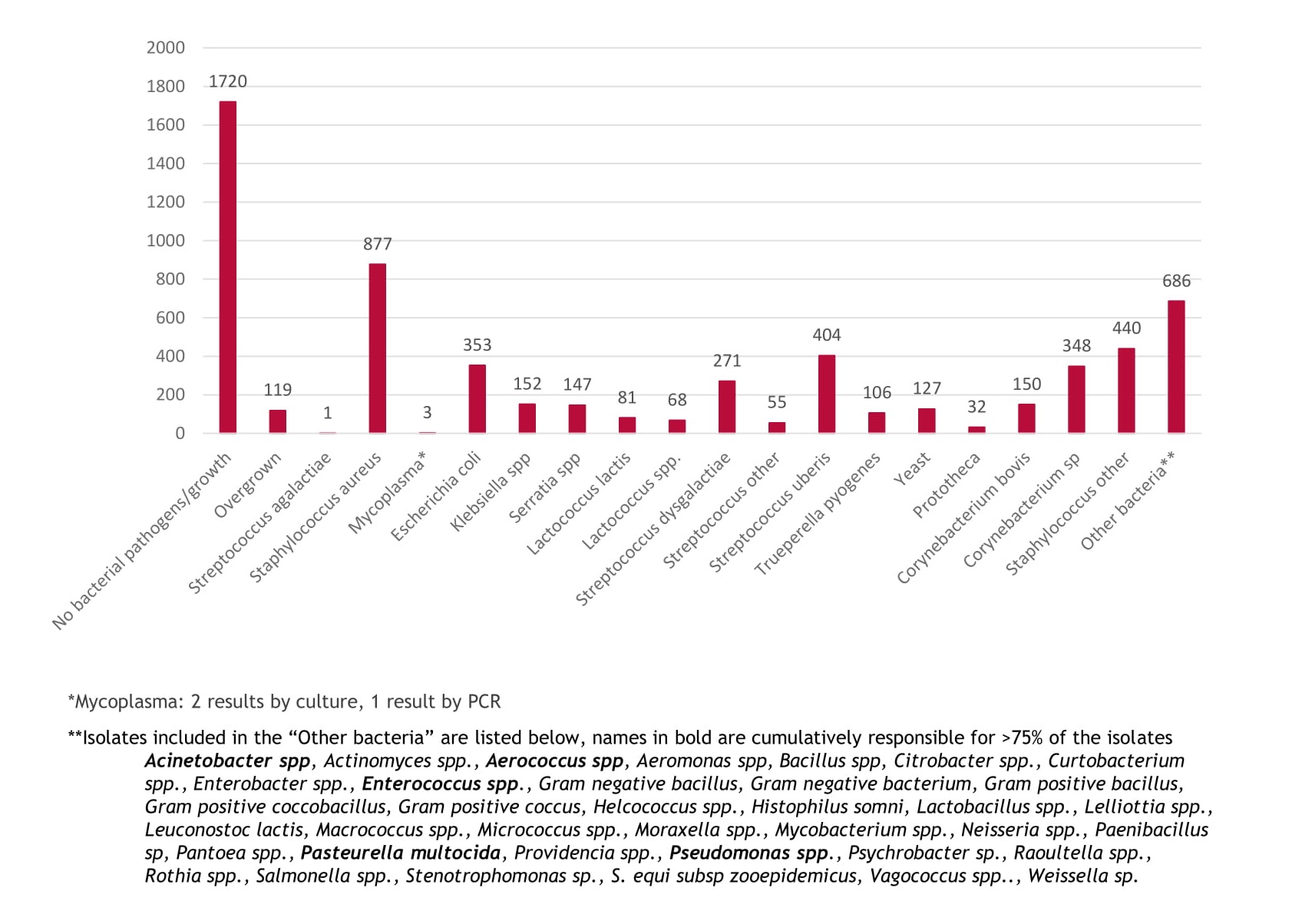 More than 10 000 samples were submitted for PCR testing at the Guelph Lactanet Laboratory during 2019. Most producers only test a subset of cows at any given DHI test. Producers generally use elevated SCC as a means to identify samples for testing. Staphylococcus aureus was the most frequent positive test. While 17% of samples were positive for Staph. aureus, only 5% were HIGH positive. As expected for Staph. aureus infected cows, somatic cell count (SCC) is correlated with PCR result. A note of caution for low positive Staph. aureus test results, especially if SCC is low. These cows might not be infected and it is important to corroborate a positive test with SCC and/or follow-up testing.

Only 1 of 10,844 samples tested positive for Strep ag. This in conjunction with the mastitis pathogen detection by culture at the Animal Health Laboratory in 2019 (1 positive in 5208 samples), is evidence of the near eradication of this pathogen.

Finally, notice that most of the samples that were negative on PCR testing still had a high SCC, suggesting that these udders may be infected with pathogens other than the 4 identified using the PCR system. This is a reminder that unlike culture, PCR only indicates whether a specific set of bacterial pathogens are present in the milk sample.